It’s long. Much too long to make any sense of, really. I’ve seen thousands of these things before. Their ubiquitous, iconic nature removes much of the surprise, but I can’t seem to look away from this particular one. Maybe it’s the angle or the way the light is hitting it. Perhaps the color? Or maybe it’s the Fiat 500 parked next to it? Any way you shake it, this Coupe Deville is massive. It looks nearly twice as long as the tiny Fiat with them parked next to each other. The car, however, isn’t really what has me entranced so much as the symbolism. The Cadillac is more feeling than machine. It is a car that is literally boundless; it sticks out of its parking spot as if the stall were designed for ants.

This is not a car for this era. The Cadillac Coupe Deville, along with nearly everything designed and built in America between 1946 and 1966, were designed to look like they came from the future. Or at least what car makers thought the future would look like. Up until Ralph Nader came along and ruined everything; cars were designed with a strong focus on what’s next — the possibilities were endless — only limited by a designers imagination.

The photographer was four blocks away with a wide angle lens to make this image. Photo: Cadillac

Entirely unlike modern cars, which are built to scratch an itch. Cars today are the product of some number crunching nerds and robots, churning out lumps of beige with loads of airbags. What is important to understand is modern cars are millions of times better than their ancestors. They are safer, cleaner, more reliable, faster, more economical, and so on. Much as humans have evolved, automobiles have become more aware of their surroundings, more in-tune with what the consumer needs and wants.

They are right now.

What they aren’t, is hopeful. They don’t look to the future and all the potential glory that could be just over the horizon. A modern Cadillac checks all of the boxes for what a car should have, but I’d rather eat moldy bread for every meal than drive one. Not that it would be bad to drive, I’m sure it’s fine. Sitting in one feels like an endless list of compromise, however. It was built to work in crowded city centers as well as an open road cruiser. Made to be safe, quiet and comfortable, yet feel agile and sporty.

It’s hard not to feel as if the future holds limitless potential when your forward view is dominated by twenty meters of American dominance. 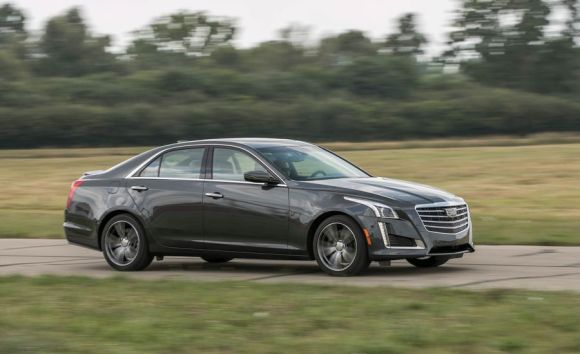 Almost as exciting as looking at light breeze on the internet. Photo: Car and Driver

The old Caddy was entirely different. Its safety was derived from being bigger than anything else on land. Its comfort came from the sofas used instead of traditional car seats. It was very quiet due to its massive white-walled tires, and it’s LC500-esque curb weight. It wasn’t agile, nor sporty. It did have tremendous fuel economy when compared to the Exxon-Valdez, however. Most importantly, it was forward-looking. It was something to aspire to as if attaining one was equal to surmounting all the worlds peaks at once. It’s a car that was designed to look like what America thought America looked like: big, stylish, opulent — a very nice place to be. It’s hard not to feel as if the future holds limitless potential when your forward view is dominated by twenty meters of American dominance.

The point I’m trying to make is; the Nissan Kicks is an abomination. What Nissan has done is take the Juke — a terrible, horrible excuse for a form of transportation — and made it more boring. The only thing that has been changed for the upcoming crossover is the position of the headlights. That’s it. It now looks perfectly dull. At least with the Juke, we had it’s awful styling to make fun of, but with the Kicks, Nissan has taken that away from us. It now looks so bland that I keep having to change tabs in my browser to remember if it has doors or not. And the name! What were they thinking? They had to have tested that name on someone, or at least asked more people than Mrs. Gordon’s second-grade class before signing off on “Kicks.” Seriously, how distracted was Hiroto Saikawa — the CEO of Nissan — when they sent him the final approval for this whole project?

Haz much trendy? Please like us. – Nissan Photo: Nissanusa.com

This then will be the last I hope to ever write about this trash heap of aspiring car designers dreams. What Nissan has done is failed at the most basic level of releasing a modern car. This car scratches no itch; it is entirely unaware of its surroundings, it couldn’t possibly be more out of touch with its unfortunate name and styling and worst of all; it’s a step in the wrong direction. The Kicks does nothing to ensure that the next generation is even remotely interested in driving. As a child of the eighties, there weren’t many cars to look up to that were attainable by ordinary people, but there were at least a few beacons of hope among the herd. This is no longer the case. There is no hope anymore, only carbon copies of mini-SUVs with different logos glued on the ends. The Kicks is their king.

Nissan will sell millions of them.

Van enthusiast. Wishes they were all electric, though.

This site uses Akismet to reduce spam. Learn how your comment data is processed.